Apartments in the agrotourism of Son Xotano, Sencelles

ACN is a young studio of architects, based on Mallorca, with experience in lending a contemporary twist to local Mediterranean architecture.

ACN works on varying scales, from new-build homes, the renovation of old houses, design projects for public or private facilities, amenities to the mounting of exhibitions and ephemeral architectural projects.

We create teams to meet the needs of each individual project, forming a collaborative network with top specialists in each of the required fields of expertise; i.e. landscape architects, designers, interior designers, historians, structural and other engineers, builders, craftsmen, carpenters, dry-stone wallers, photographers, artists etc. Everyone joins forces in a joint collaborative initiative.

We are accustomed to working this way. Our architects' studio is a flexible, plural one, able to fit in with the specific requirements of each and every project, client and place.

The members of each team work in close association on projects and, more particularly, with the client. We like to work on projects together, in a process of ongoing direct dialogue, because we want all our projects to respond successfully to the needs, preferences and criteria of the clients who place their confidence in us. 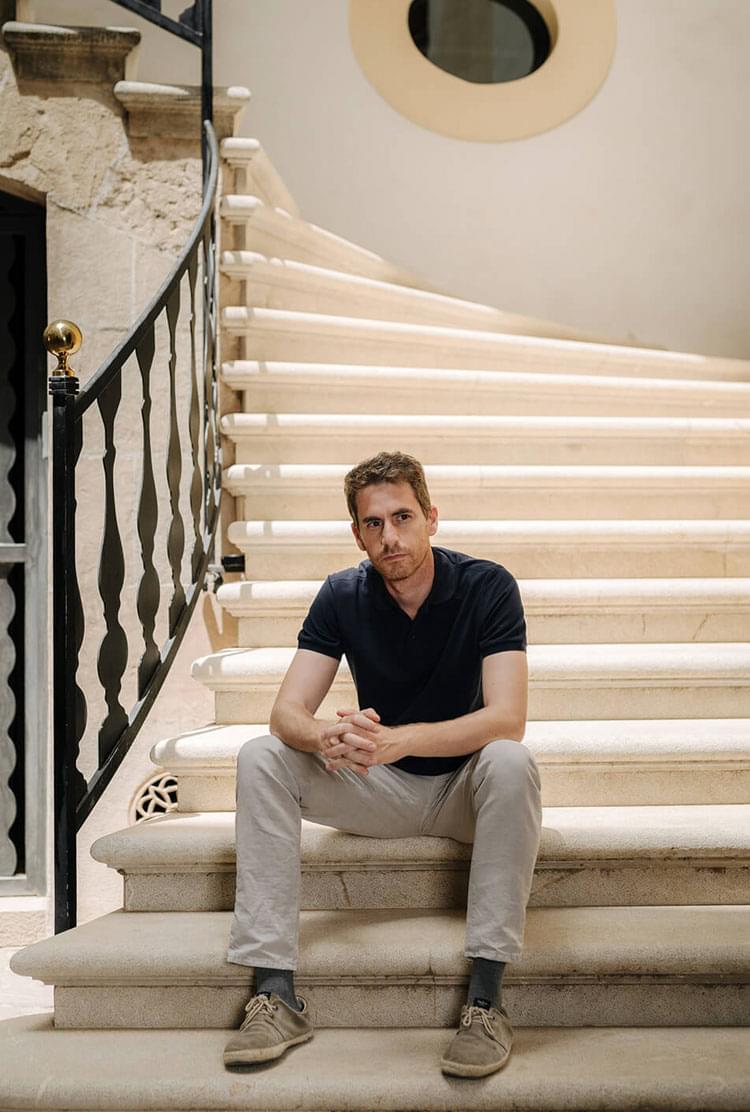 Adrià Clapés i Nicolau holds an architectural degree and an M.A. in the theory and practice of architectural design, awarded in 2012, from the Polytechnic University of Catalonia's College of Architecture in Barcelona. He has worked for Toyo Ito Architects, Miralles Tagliabue - EMBT and Ábalos Sentkiewitz Architects on different projects in Europe, Mexico and China. He is the co-founder of IS ARCH, a platform for the dissemination of work by young architects, and a member of GISME group (Interdisciplinary Reflection Group and Math Solutions for Entities).

He has been awarded tenders for the construction of the Pòrtol old people's home in Marratxí (built in 2021) and for Calvià Archaeological Museum, among others. He was singled out to receive first prize in the 13th competition on environmental and sustainable projects run by the Polytechnic University of Catalonia for the project 'Power generation system re-using dissipated heat energy on the underground'.

What do we do?

We offer guidance and expertise in all phases of the architectural process.

During this phase, we make sure that our clients are fully aware of what they are buying and its potential. We analyse all aspects of a property. We study its location, applicable legislation and urban planning regulations, its construction possibilities, the state of the building and any other factor that might affect the future project.

Based on prior conversations with clients, we come up with a design as a conceptual framework for the project and an estimated budget.

We work on the whole architectural project, preparing the documents for the approval of a building permit and presenting a detailed budget of the work for the client's approval. If the client wishes, we assemble a team of building professionals and craftsmen, depending on the requirements of each project.

Coordination of the work

We supervise the building process, guaranteeing that the end result is a faithful reflection of the project approved by the client.